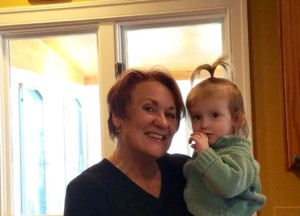 Gail D. McGann began competitive gymnastics as a high school  competitor in 1967.  At that time she competed: Vault, Beam, Trampoline and Tumbling Strip.

Gail has been coaching at Cobra since 2012; everything from ninjas, preschool, recreation and team. Gail’s knowledge of judging has been paramount to the success of the Cobra team.  Gail is enjoying “retirement” and dedicating her time to her passion for coaching and judging gymnastics in addition to enjoying her grandchildren, riding her motorcycle and skiing in the winter.