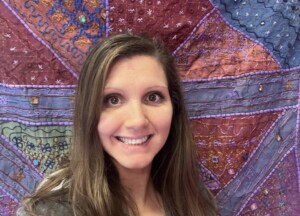 Kymi has had a passion for gymnastics for as long as she can remember! She was a competitive gymnast for many years in Florida and was state champion on several events and all around. After living all over the country, Kymi eventually landed at USC in southern California for college where she met her husband Anthony.

After graduation and attending culinary school, they decided to move to New Jersey to be closer to family. There they began raising both their little cobras (Addie & Charli), but after a few years Vermont called and they are so happy they listened!

Kymi currently coaches all levels at Cobra and is excited to be a part of the Cobra community.