RUTLAND — Over the weekend of March 18-19, the Cobra Gymnastics Team participated in the superhero-themed Vermont State Gymnastics Championships at Bellows Falls High School.

A cosmic team banner depicted the gymnasts as their own kind of superheros. Their motto of the day was a quote from author Roman Payne who said, “You must give everything to make your life as beautiful as the dreams that dance in your imagination.” Completing their five month competition season, the Cobra team represented the Rutland area in strong form. 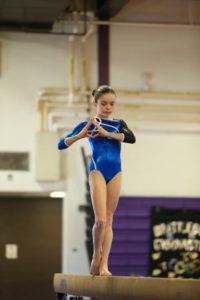 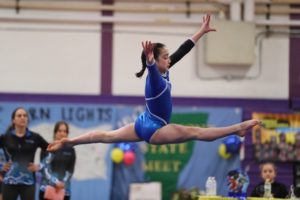 Cobra is one of 13 privately owned gyms in the state of Vermont. Led by coaches Shelby Collett, Ali Natowich, Topsy King and Lori Bullet, the team sent 42 gymnasts to compete against 281 other gymnasts from around the state. Competing in six different levels throughout the weekend, Cobra brought home nine individual State Champion titles and numerous other podium finishes.

In the Junior Olympic competition, level seven gymnast Ella Tashjian of Manchester is celebrating an all-around state title in the 8-10-year-old age group with a 36.275, and also earned a qualifying spot on the Vermont Regional Team. She will join six other gymnasts from Le Studio, Green Mountain and Regal Gymnastics to represent Vermont on April 21-22 in Springfield, Mass. This is Ella’s fourth year on the Cobra team and fourth year winning a state title. Tashjian trains four days a week in Rutland and said she wishes she lived closer so she could train more!

In the Xcel Gold competition, Abigail McChesney of Pawlet won the beam, floor and all-around state titles in the 11-12-year-old age group as well as earning herself a spot on the Xcel Gold Vermont Regional Team. She will be joining six other gymnasts from Regal and Green Mountain Gymnastics and traveling to Shrewsbury, Mass., on April 20-21 to represent Vermont.  This is McChesney’s fourth year on the Cobra team and her first year winning a state title!
In the Xcel Silver competition, two first-year competitors won titles for Cobra. In the 8-10-year-old age group, Clara Vickers of Danby claimed the vault title with a 9.4, while Jayla Eugair of Brandon claimed the bars title with a 9.6 in the 11-12 year old age group. 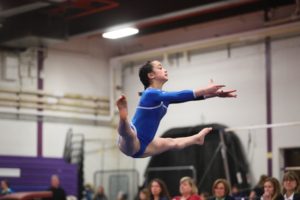 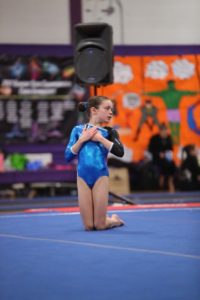 In the Optionals competition, Maleah Jones of Rutland claimed the level 6 beam title in the 8-10-year-old age group with a 9.325 and the floor title with a 9.7.  Jones has been doing gymnastics since the age of 3 and has been on the team for the past five years. This is her third consecutive year with a state title.

In the team competitions, the top three scores from each event are counted. In the highly competitive Junior Olympic Program, the level 4 and level 6 teams both took second place with scores of 108.875 and 110.075 respectively. The level 3 team placed sixth with a score of 108.925 and the level 7 team placed fifth with 104.975.
In the Xcel Programs, the Silver team took fourth place with a score of 109.95 and the Gold team took second place with a 109.125.

The Cobra Bronze team will compete in their final sanctioned meet on March 26 at Green Mountain Gymnastics in Williston. Cobra will host its fun meet on April 9 where all the athletes are invited to compete against each other in good spirit. Cobra will also host its annual Cobra show on May 7. All are invited to watch. 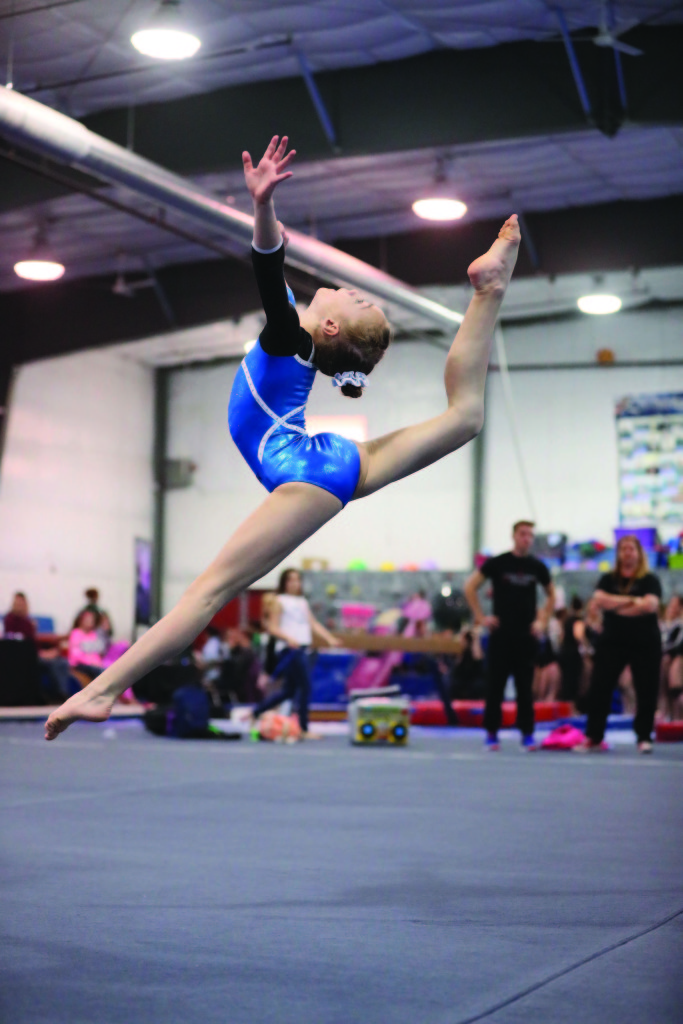 RUTLAND—The Cobra Gymnastics team recently competed in the 2017 Hip Hop Classic at Woodman Athletics in Brattleboro, Vt. Teams traveled from New Hampshire, Massachusetts, Connecticut and Vermont to compete across eight sessions. This highly anticipated meet was fiercely competitive and full of energy, according to the Cobra coaches. With true dedication, the girls put their hard work, grace and style into all their events, said Coach Shelby Collett. “We love attending the Hip Hop Classic each year.  It gives us a chance to compete locally in Vermont, but to go against a diverse group of athletes from New England.  With our state meet just three weeks away, the tougher competition allows our athletes to prepare both mentally and physically,” Collett added.

Despite the competition, the Cobra Gymnastics Level 6 Junior Olympic team took home the first place team trophy. The Level 7 team also took second and the Levels 3 and 4 both took third place. In the Xcel team competitions, the Bronze team took fourth place and the Silver and Gold teams both took fifth place.

Individually, the Cobra gymnasts also secured many podium finishes. Here are the first place finishes in each division.

Coming up this weekend, the gymnasts will be competing at the Friendship Classic in Bow, N.H. on March 4. On March 5, Cobra Gymnastics will be hosting a Sectional meet in Rutland.

All of the Cobra competitive gymnastics teams were fully represented and many girls leaped and flipped their way to the podium this month.  The teams worked together to bring the trophies home.  The first of two meets was The Royal Meet at Regal Gymnastics in Essex, VT on January 14th and 15th.  The second invitational, The Sunrise Snowflake, was at Sunrise Gymnastics in Barre, VT January 28th and 29th.

The first place podium finishers were:

Next up for the Cobra Competitive Gymnastic team is a busy February with meets at Green Mountain Gymnastics on February 11th and 12th and The Hip Hop Classic at Woodman Athletics, February 24-26th.